Looking to invest in some Canadian stocks? Sure, making money in the stock market can be a difficult task but it’s not impossible. It doesn’t matter if you’re a beginner or an experienced investor, anyone can profit from it if they play their cards right.

Did you know that the global stock exchange was worth around US$95 trillion in 2021?

This is why we’ll be taking a closer look into the best stocks to buy right now in Canada and giving you all the necessary details. So without further ado, let’s get started! 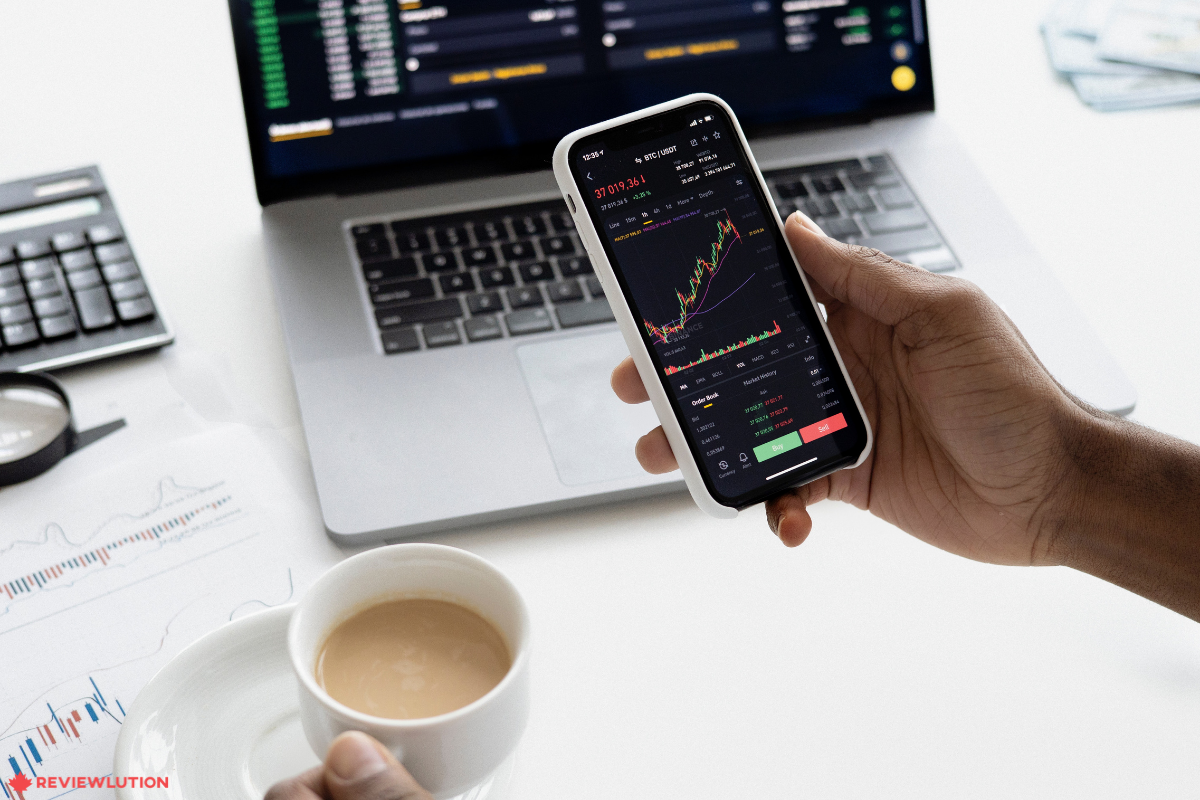 The good news here is that the Toronto Stock Exchange (TSX) is one of the best-performing stock markets in the world. This is particularly convenient for potential investors that are looking to cash in on some stocks.

Naturally, there are a couple of frontrunners in the race that have managed to stand out from the rest. So here’s a quick overview of the best Canadian stocks at this point in time.

If you want to start and grow your business, then look no further than Shopify. This subscription-based service gives you the ability to set up an online store and sell products of any kind. Each subscription plan offers different benefits and extra perks, depending on the price.

Since on-again, off-again lockdowns have put a pause on regular shopping sprees, people have started buying most of their goods online. And seeing as Shopify is basically one big store where you can find virtually anything you need, it’s no wonder that this is one of the best stocks to buy in Canada at the moment.

Since November 2018, the overall value of Shopify stocks showed a slow but steady increase. It reached an all-time high back in November of 2021, going up to $1.762. Most recently, Shopify stocks have dipped slightly, reaching $1.217 in January 2022.

Related: How to Make Money on Shopify?

Seeing as this is Canada’s leading leisure airline, it makes sense for investors to look into its stocks. Despite receiving a massive blow in stock value due to the numerous international travel restrictions and guidelines imposed by the pandemic, Transat has managed to hold its own among its competitors.

Since the global lockdown in mid-March of 2020, the average stock value plummeted from $16.18 to $4.58 in February of 2022. While these numbers aren’t exactly promising, they certainly have a lot of potential. In fact, they’re among the most promising Canadian growth stocks, seeing as people are slowly but surely resuming their regular travelling habits.

If you take into account the upcoming summer season and the steady growth of consumer demand, investors have high hopes for their Transat stocks. Plus, why not hop in now when the average price is relatively low and just reap the fruits of your labour later on?

You may be interested: How to Become a Stockbroker in Canada?

The Royal Bank of Canada is a global enterprise that offers its services in over 40 countries across the globe. It specializes in personal and commercial financial planning, wealth management, insurance and market capitalization.

If you take all of this into consideration, RBC certainly deserves a spot among the top Canadian stocks in the current marketplace. In spite of the economic downfall in March of 2020, the bank has witnessed a steady growth in its overall revenue and earnings. There’s been a significant bump in stock value too, going from $54.4 at the time to an impressive $108.2 in February 2022.

These stats offer useful insight into how the bank fares in times of crisis. RBC has managed to keep its stocks relatively steady thanks to its strict regulations that mitigate the risks associated with decreased interest rates and financial downturns. Given the long-term prospects of such arrangements, it’s easily one of the best Canadian companies to invest in.

Related: Best Banks to Invest In

This is Canada’s largest telecommunications company, providing TV, phone and internet services to every home across the country. Generally speaking, it’s advisable to invest in companies that provide essential services because they will always be in demand, no matter the circumstances.

Considering the hybrid or work-from-home arrangements that most people have settled on recently, it’s highly unlikely that these stocks will dip any time soon. If you want to get into specifics, there’s been a notable increase in the inherent market value of BCE’s stocks as of 2021, only to reach $71.15 in February 2022.

Since most of us rely on a stable network connection virtually every single day, these numbers will likely go up from there, As a result, BCE has become an absolute favourite among the best Canadian growth stocks at the moment.

This multi-national enterprise specializes in cloud-based logistics software and supply chain productivity to over 20.000 customers worldwide. In Layman’s terms, it’s a tech company that facilitates the network reach of businesses, helping manufacturers send their goods to store shelves or your front door.

It’s no secret that today’s commerce and supply chains are moving faster than ever to keep up with consumer demand. Descartes offers an effective way of pleasing customers as well as responding to the rapidly changing market and regulatory conditions.

In terms of numbers, Descartes stocks haven’t experienced any spectacular surges or huge downfalls but rather a slight fluctuation in overall value. The current price sits at $71.4, landing on the list of Canadian stocks to watch in the coming years. 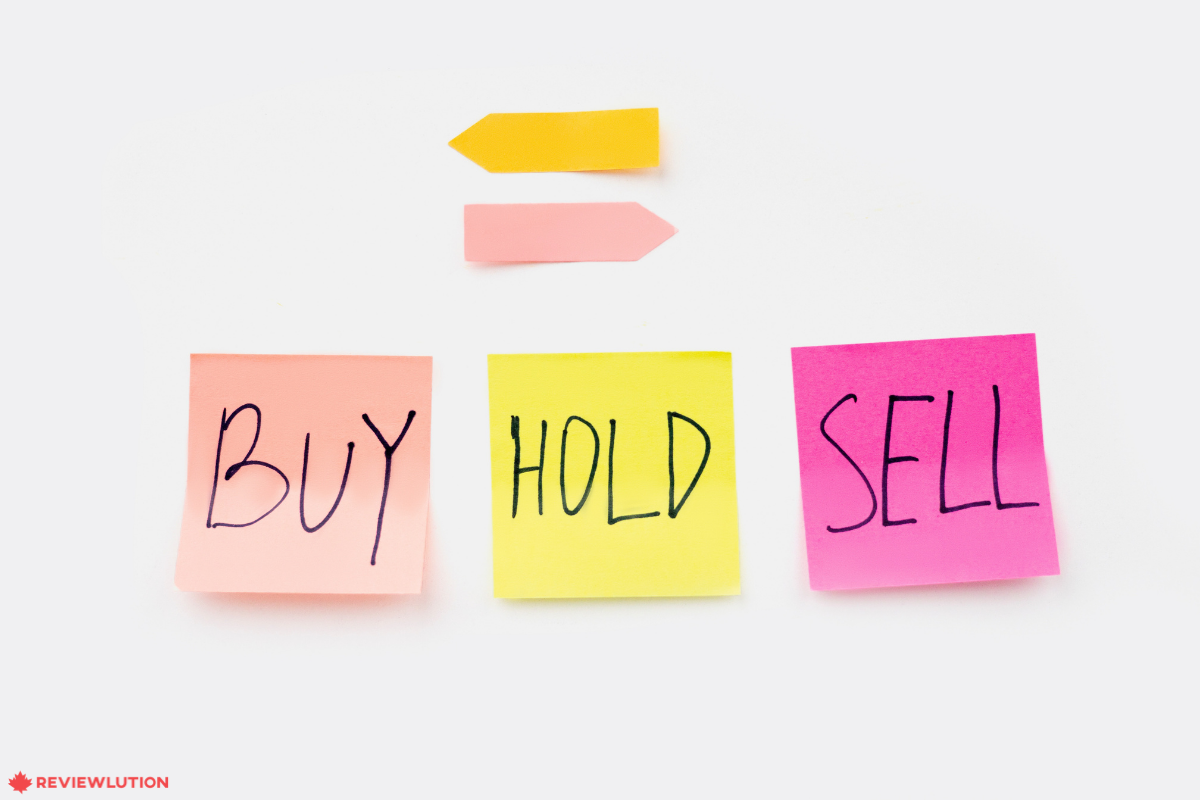 Lithium Americas Corp is a ruling low-cost supplier of lithium batteries for electric vehicles. It has two major projects in the works, located in Argentina and the United States, both of which produce the majority of its products. Recently, the company has made plans to expand its business with three additional production sites, although the exact location has yet to be disclosed.

The average stock value gradually increased since October of 2020, reaching its peak in November 2021 at $52.2. However, there’s been a slight decrease in the median price in the following months, going as low as $32.7 in February 2022.

In any case, Lithium Americas Corp remains relevant, offering some of the best Canadian stocks to buy right now. If you consider its upcoming expansion and future development plans, investors shouldn’t be worried about its stock value plunging dramatically in the near future.

Related: Graphene Stocks to Invest In

Shaw Communications is yet another industry-leading TV, phone and internet connectivity service. In a time when being in touch with others is more important than ever, Shaw Communications caters to the needs of homeowners as well as large-scale businesses, providing stable and secure connections.

There’s no doubt that technology plays a crucial role in our everyday lives, both for recreational and business-related activities. The demand for such services is unlikely to die down in the future, which is why Shaw Communications is among the best shares to buy in Canada at this time.

Official data supports this, with inherent stock price skyrocketing in March of 2021 and showing low-level fluctuation ever since. In February 2022, the median stock price was $30.2. Investors can expect these stable rates to continue in the coming years.

With its long-standing tradition and regular clientele, the Bank of Montreal is surely among the best Canadian banks to invest in currently. Throughout the years, it’s managed to sustain its momentum and solidify its position in line with its competitors. Its main focus is on private and corporate insurance, credit cards, mortgages and loans.

Statistics show that despite the economic downfall due to the COVID-19 pandemic, the average stock price has slowly increased since May 2020, coming to a staggering $118.2 in February 2022. Since there haven’t been any major drops in value during perhaps the biggest financial crisis to date, it seems unlikely that they’ll be unpleasant surprises at this stage either.

In addition, BMO has implemented a strategic contingency plan to minimize risks. This ultimately puts them at a great advantage when it comes to coping with potential losses and disputes in the future, resulting in some of the best Canadian stocks.

While we’re at it: BMO Prepaid Mastercard Review

This is a leading global management and holding company that provides financial services in North America, Europe and Asia. It’s one of the largest independent companies focused on insurance, retirement, wealth management and investment businesses as well as alternative investment platforms.

Getting into the details, there’s an upward trend in the median stock value that started in October 2020. As of February 2022, these numbers clock in at a solid $33.3.

One thing that makes this enterprise stand out is not only its overall performance but also its ability to generate asset growth during a worldwide financial crisis. As things stand, it ranks among the best Canadian companies to invest in, given its solid returns on equity.

This convenience store operator and independent fuel retailing company is one of the fastest suppliers of petroleum products across Canada and the United States. The bulk of its growth is based on acquisitions, including the most recent procurement of Chevron’s downstream fuel subsidiary in Canada, effectively becoming the sole distributor of such fuels.

One of the biggest perks of Parkland Fuels is its far-reaching distribution strategy that supplies a wide range of markets across North America. Sure, there were a couple of setbacks due to the pandemic, but the company has proven its resilience and ability to bounce back, ranking among the best Canadian stocks to buy as of right now.

Since January 2021, the overall stock price has shown little variation, keeping a steady flow at around $32.2. This trend will likely continue in the coming years.

So there you have it – ten of the best stocks to buy right now in Canada. Each one has great potential for growth and profit as well as a certain level of risk that accompanies them. In any case, it’s always a good idea to do your own research before investing and consult a financial advisor to make sure you’re taking the right steps for your particular situation.

What to invest in right now Canada?

Seeing as the Canadian economy is doing pretty well, you have more than a few options to choose from. Think about your personal financial goals before making a decision.

What is the RESP in Canada? An Education Savings Guide Norbert’s Gambit: The Best Way to Buy US Dollars What Is a TaaS Stock? The Complete Breakdown Quantum Computing Stocks in Canada: Top Choices in 2022 How to Find Routing, Institution and Transit Numbers for Banks in Canada? Norbert’s Gambit: The Best Way to Buy US Dollars